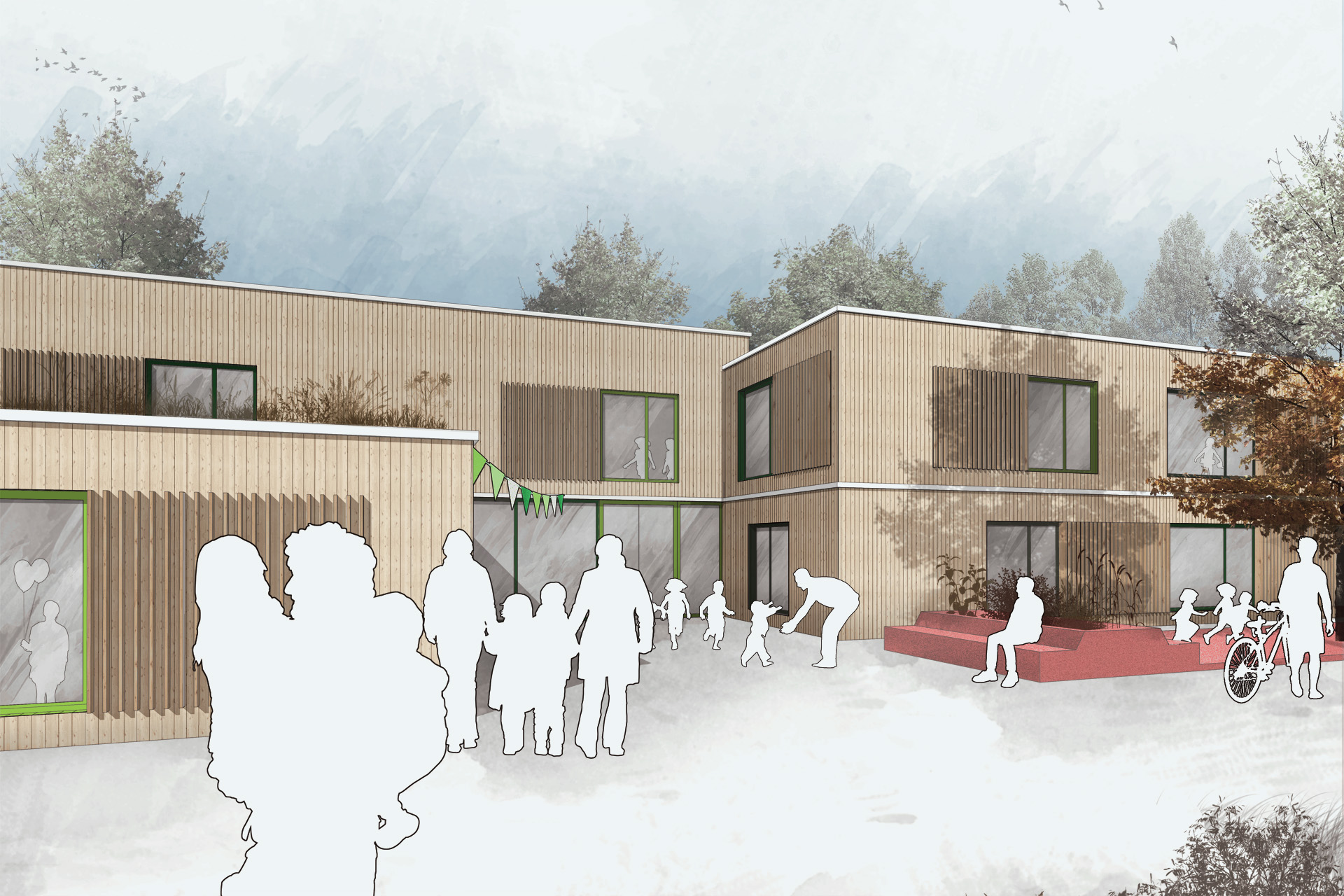 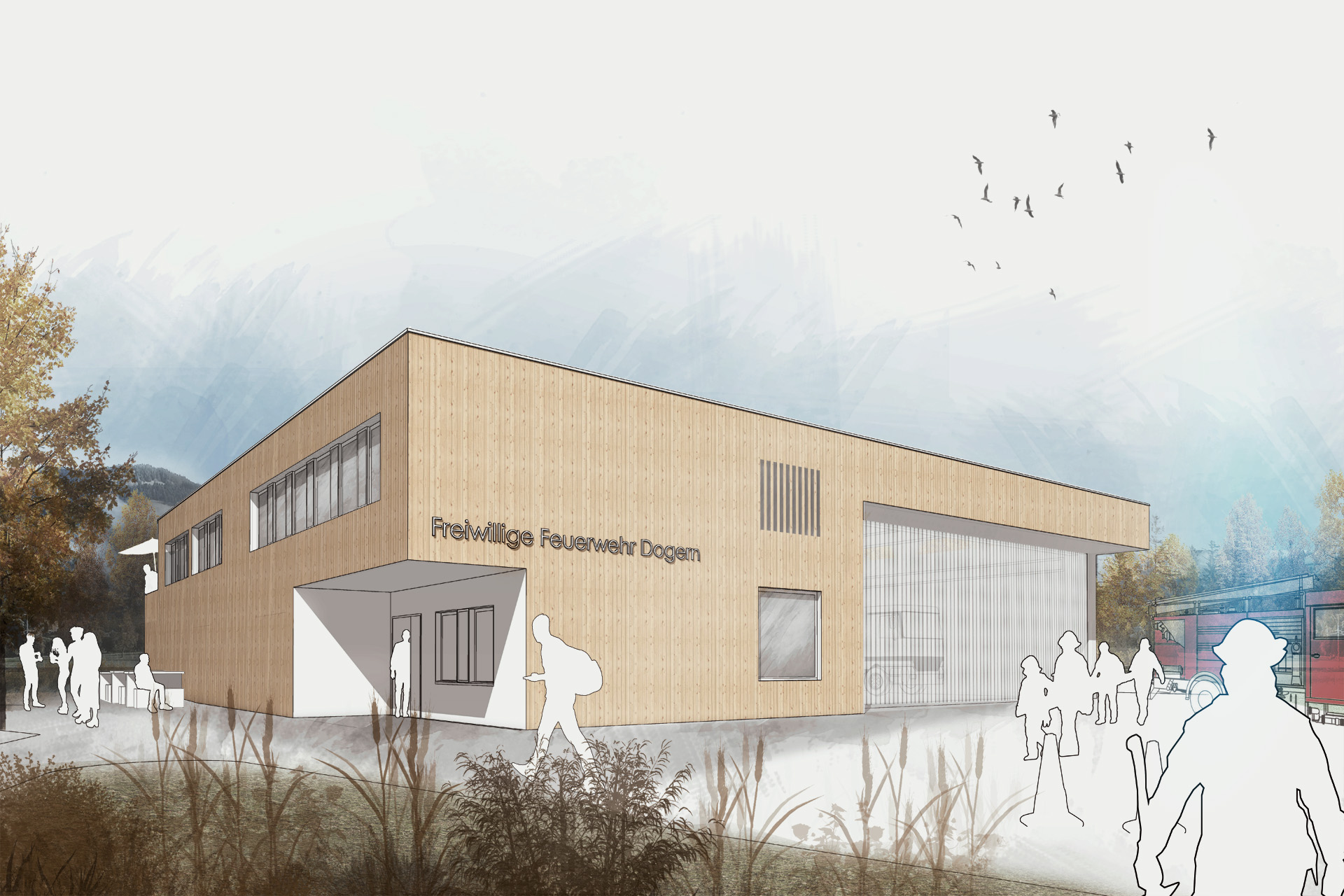 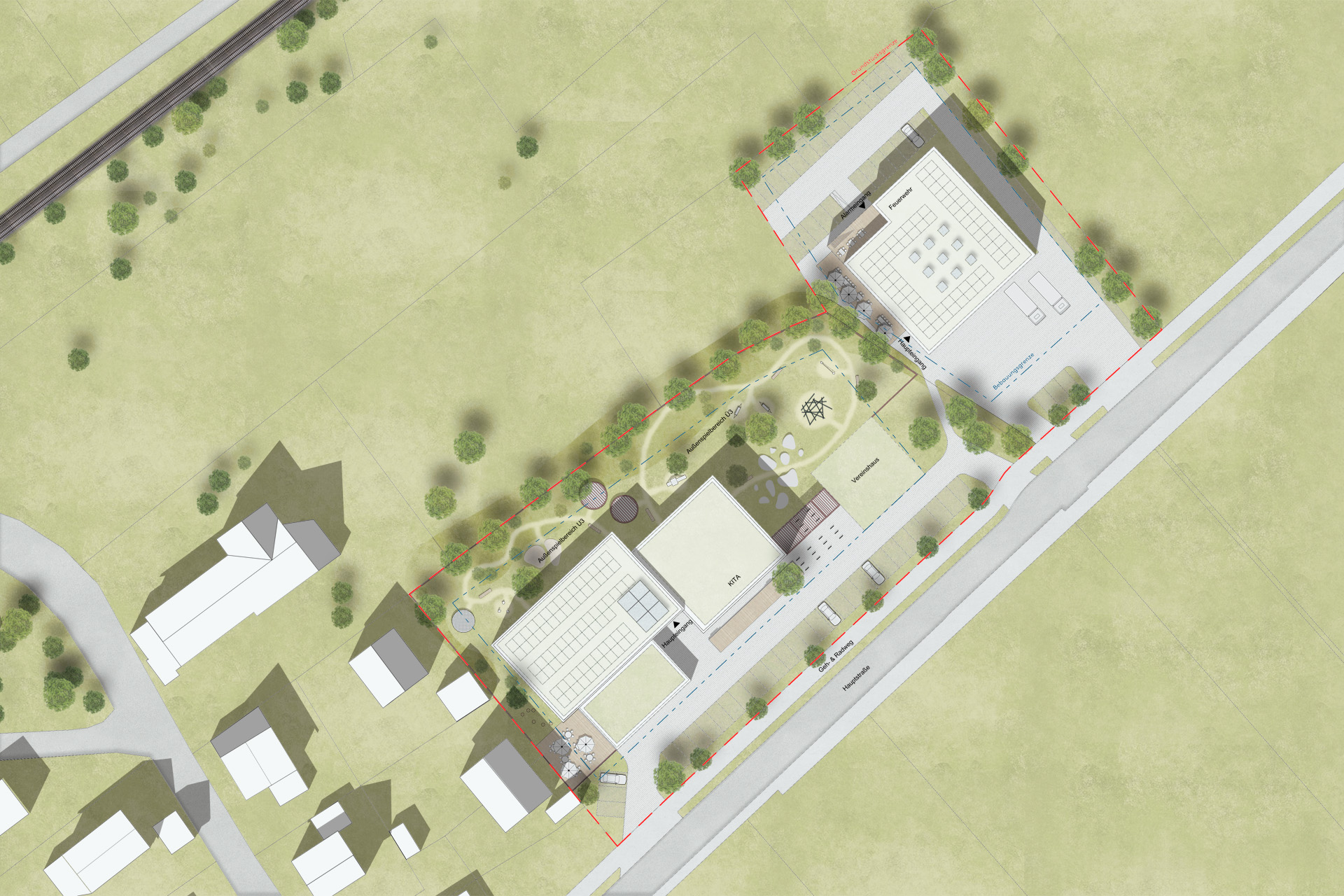 The kindergarten and the fire station of the municipality of Dogern will be situated at the end of the town in the transition to the outskirts. Both buildings will have a broad scope of use, and an additional clubhouse is planned for the future. The basic elements of the concept are to position the building structures within the site, develop compatible granulation and create a complete urban ensemble.

KINDERGARTEN: The main entrance leads to the foyer, an atrium where visitors are received. It is the central hub that divides the building into separate functional areas. An administrative office, a bistro and a multipurpose room are located on the ground floor and positioned toward the street while the group rooms are positioned toward the garden. A porch designed as a loggia is located in front of the group rooms, creating a covered outdoor area that can also be used in bad weather and forms a transition to the garden. You can also reach the garden from the upper floor via this loggia. The dirt trapper mats guide the children from there to the central corridor with the cloakrooms. At the heart of the two buildings are the rooms with infrastructure. The result is a compact structure with a very good external wall ratio and rooms with a clear relationship to the exterior.

FIRE BRIGADE: The building’s characteristics are influenced by its functional requirements. The women’s and men’s changing rooms can be reached via the parking spaces at the rear of the building through the alarm entrance. From there it is a short distance to the depot, which has large gates that open toward the street. Storage areas are located in the rear part of the depot. The administrative, radio and first aid rooms are closely grouped around the main entrance on the western side of the building toward the clubhouse and kindergarten. A youth and training room is located on the upper floor along with the kitchen and toilets. The rooftop terrace has a view onto the town and leads to an outside staircase that functions as a second escape route.