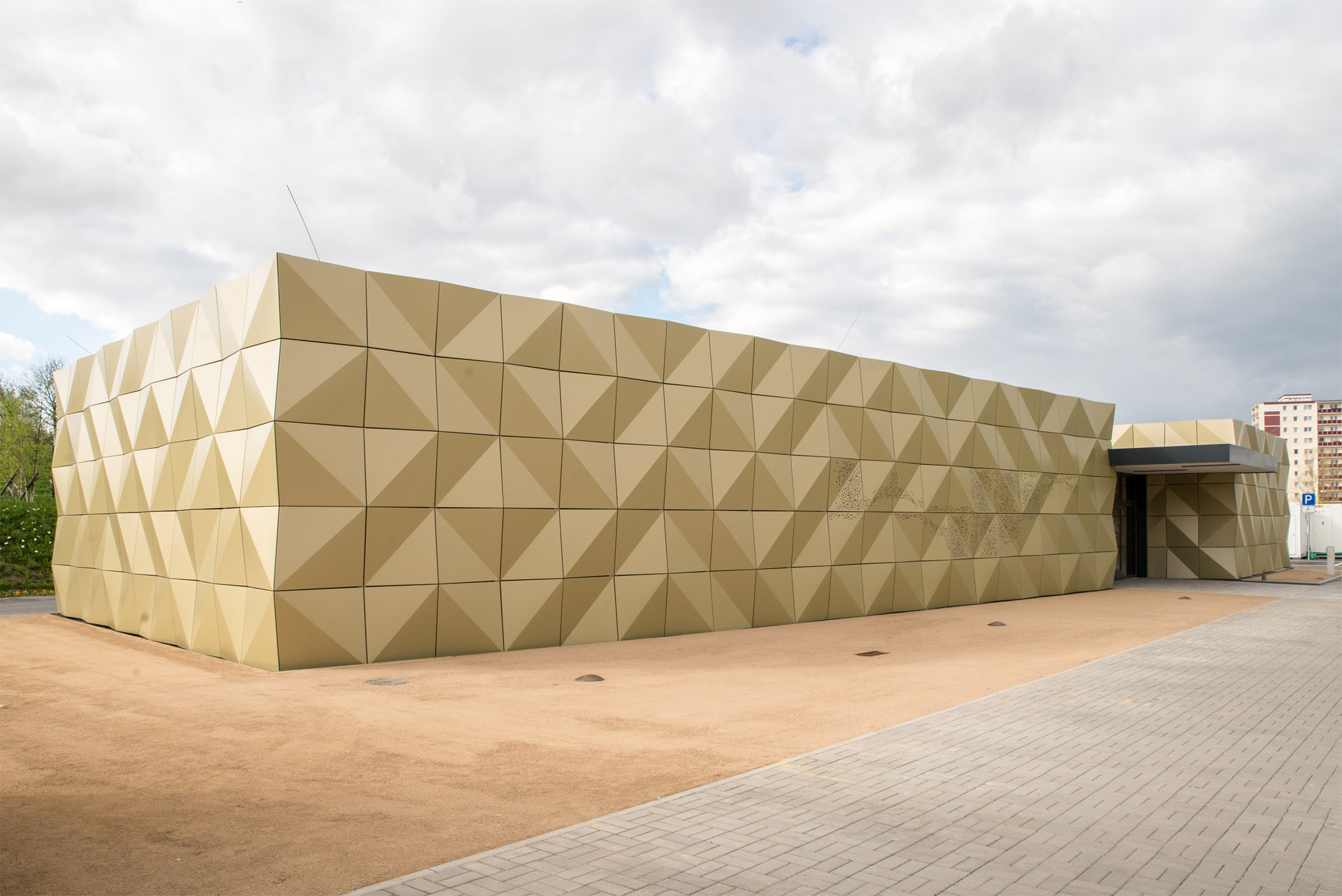 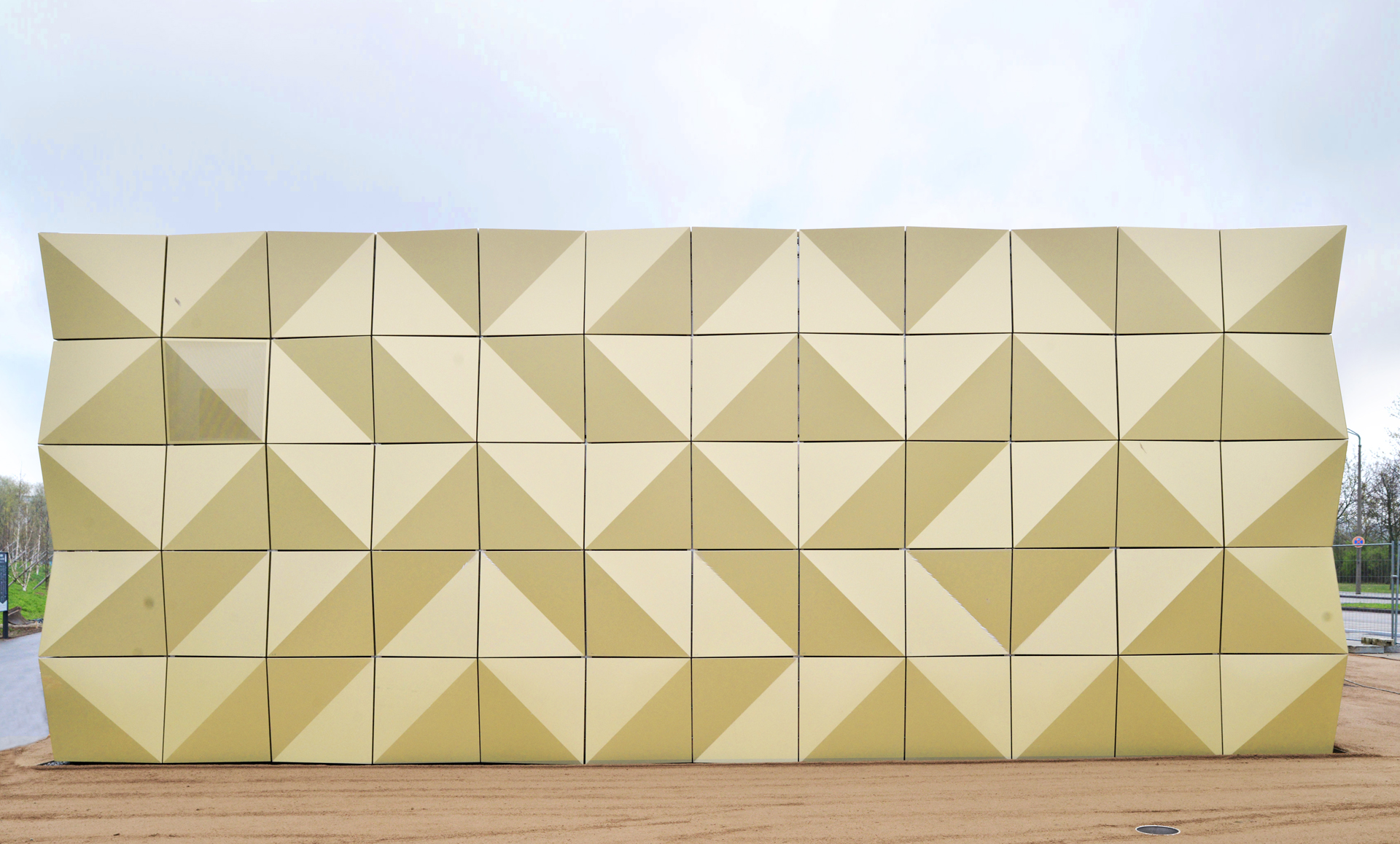 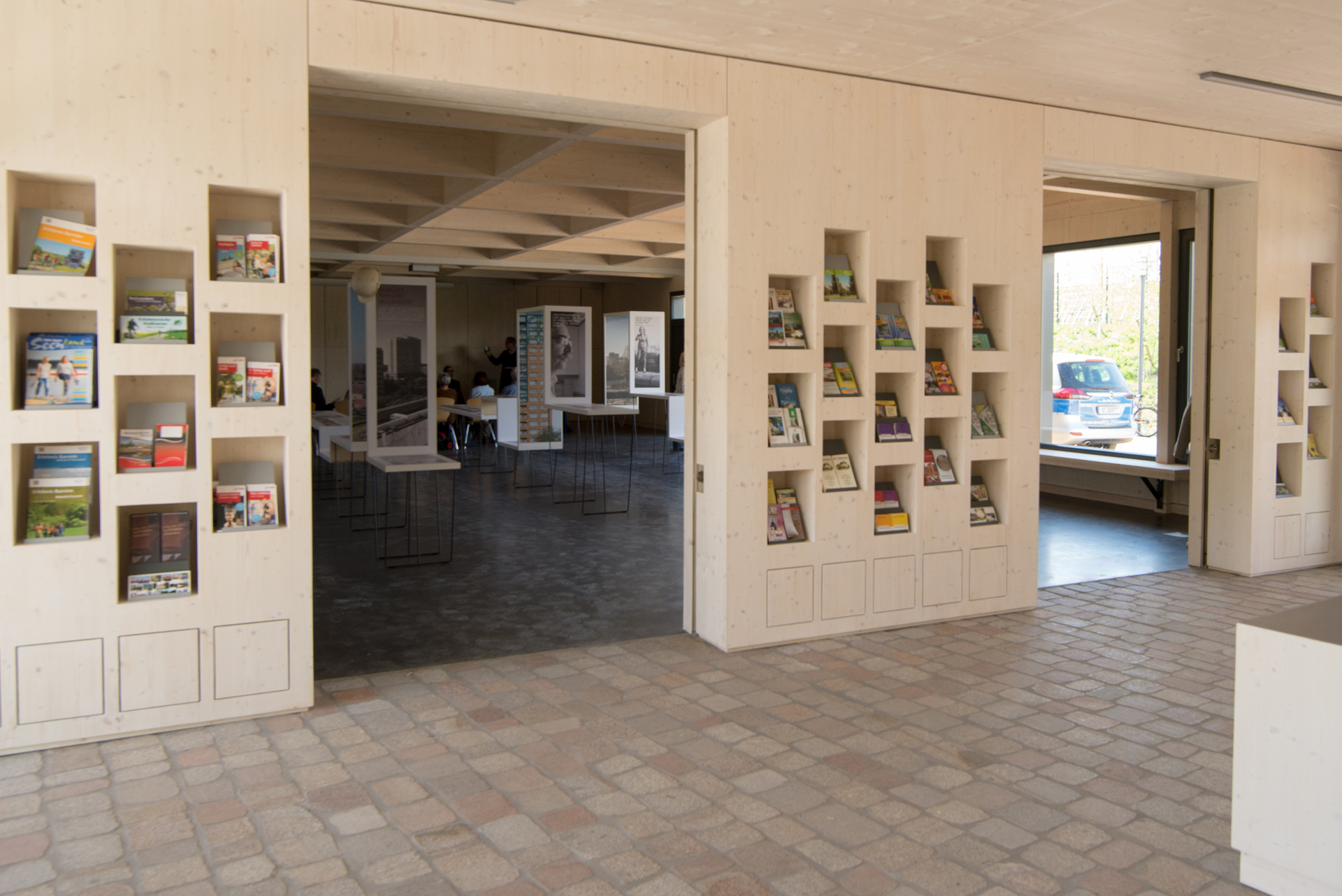 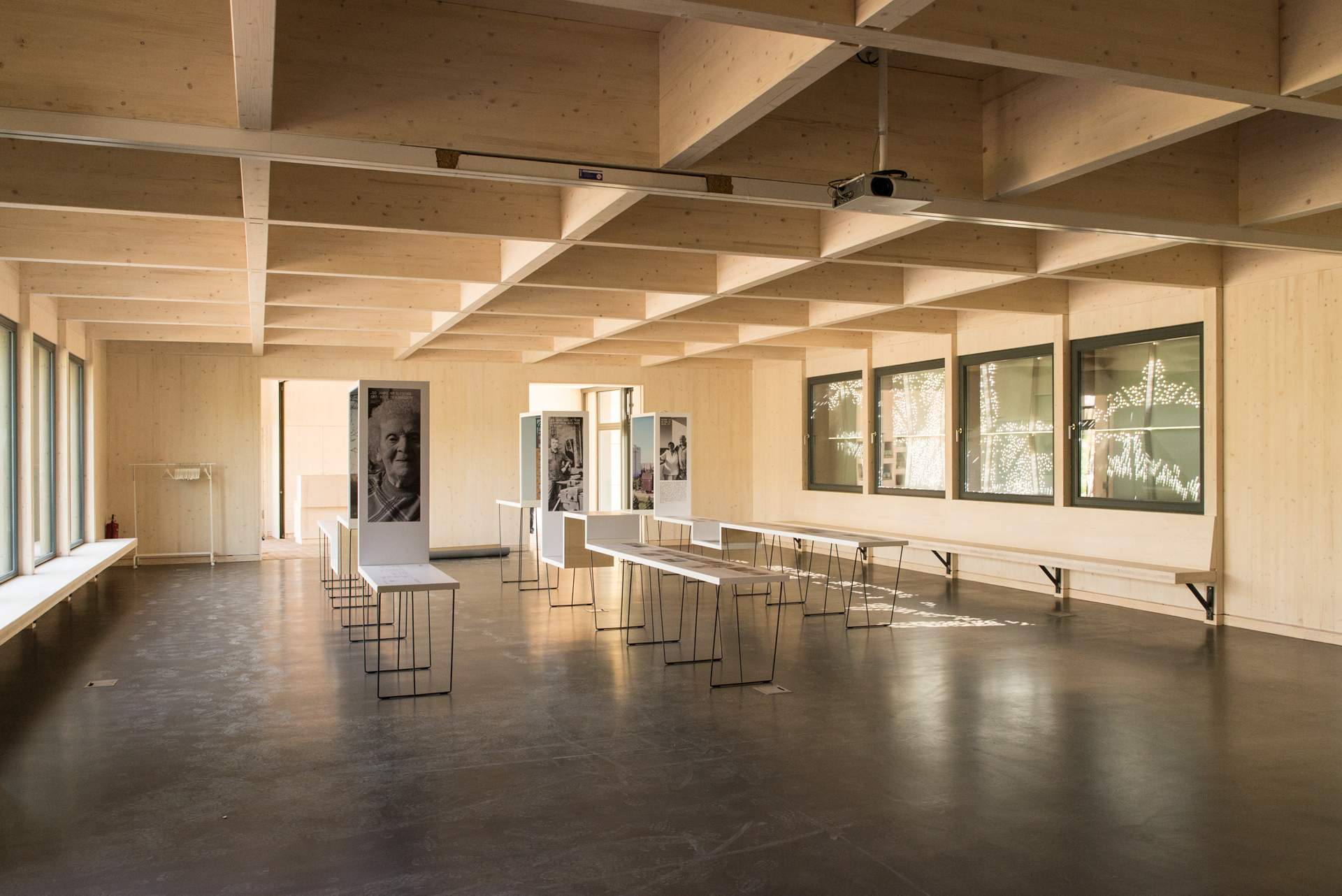 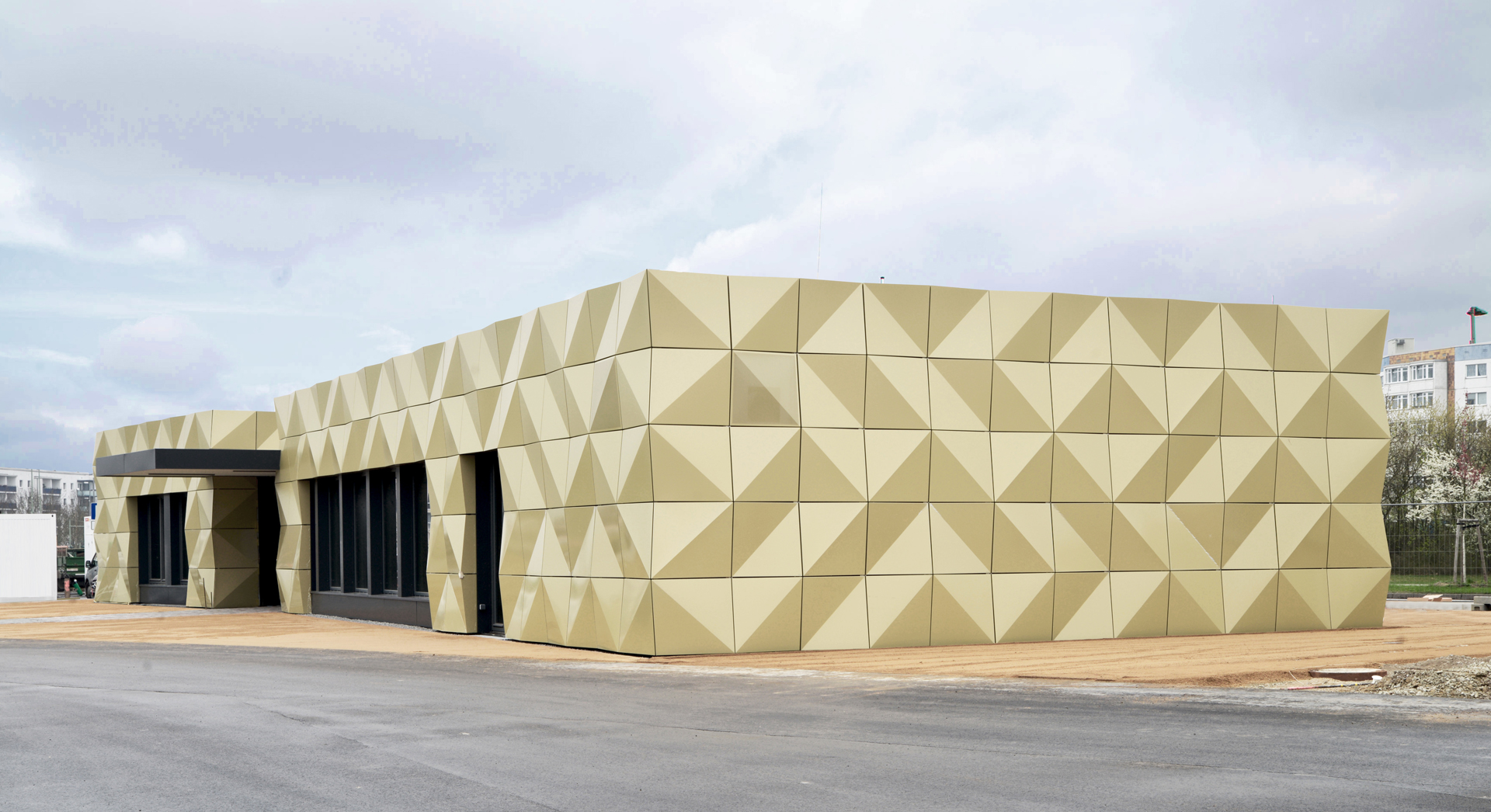 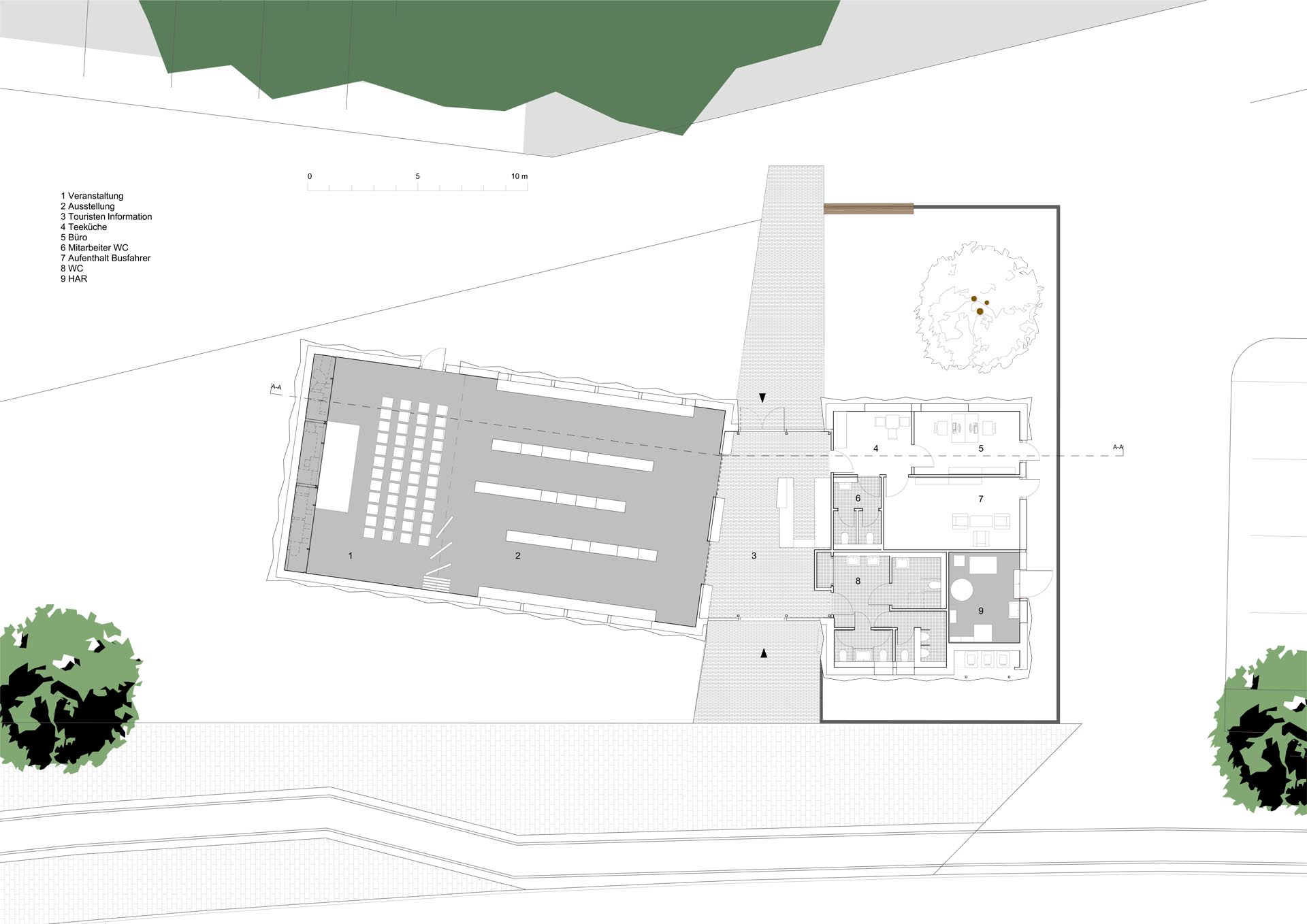 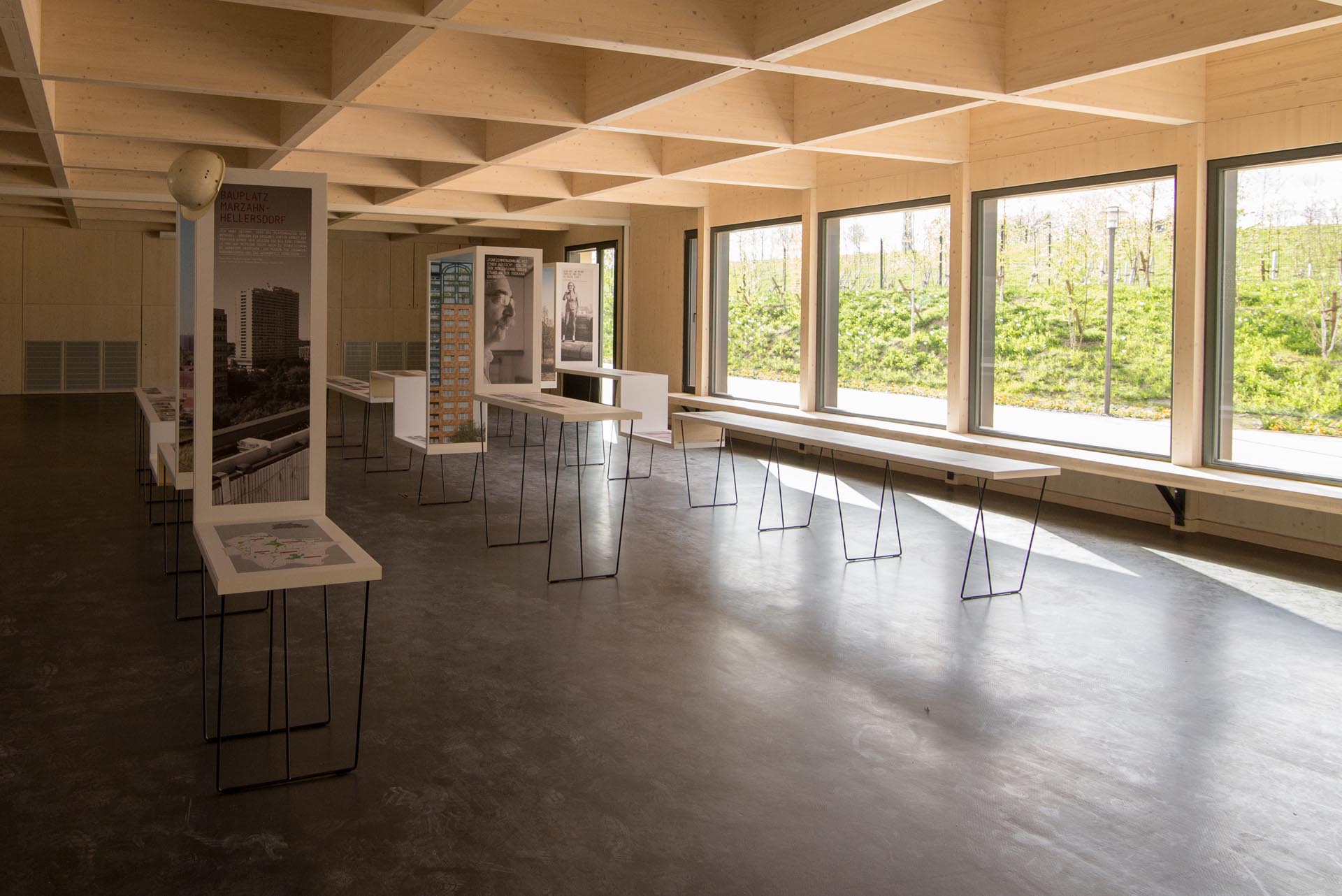 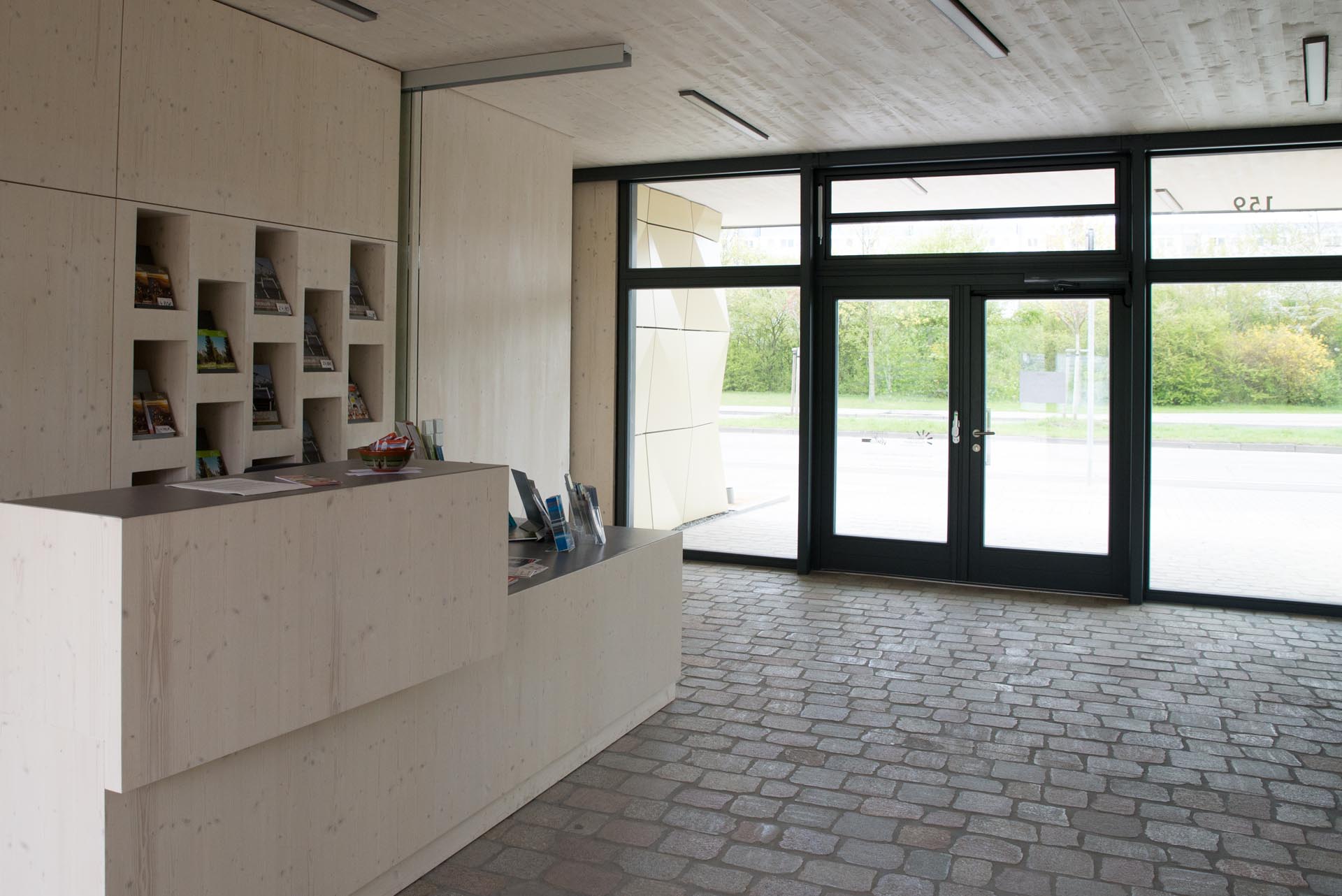 Nominated for the Material Prize 2019

The goal of the building is to create an information centre where visitors can get to know the sights, history and future of the Marzahn-Hellersdorf district. The centre handles tourist information for the district at the same time. The information centre is intended not only for the general public but also for residents, initiative groups and associations in Marzahn-Hellersdorf. It also houses a multipurpose room for events for 50 to 100 people.

The building can be divided into three parts according to the relationships between the individual rooms, which can also be read as three building structures in the design. The centre of the building is the tourist information centre. One of the buildings is slightly rotated so that visitors coming from both the north side of the bus park and from the south from the underground stations and bus stops can access the information centre. This creates effective links to the city while ensuring that the main entrances remain visible. At the same time, this angle provides an extensive view of the building from a distance and attracts visitors from both sides into the building. The entrance areas also feature a projecting roof as an additional element. By rotating the building’s volume, the property’s exterior is contained on the northwest side and acquires an additional spatial edge.

A wooden construction is planned for the building. The load-bearing structure in the exhibition and event area is located entirely in the ceiling area and facade, ensuring flexible options for configuring the rooms. Glulam beams are spanned longitudinally and transversally, the loads of which are absorbed by a regular grid in supports in the exterior wall level. The rest of the building will be constructed with load-bearing glued laminated timber walls.

The facade has a representative significance for the district and is designed to reinforce its identification with the locality. The facade concept therefore references existing structures in Marzahn. The moulded concrete walls typical of the district acquire diversity and variation from a few elements cast in concrete. The facade design embodies this principle. The aim was to offer eight different installation options by rotating and mirroring a simple element that can be built into the same construction. Metal was chosen instead of concrete in order to further enhance the play of light and shadow and the spatial effect of the facade.