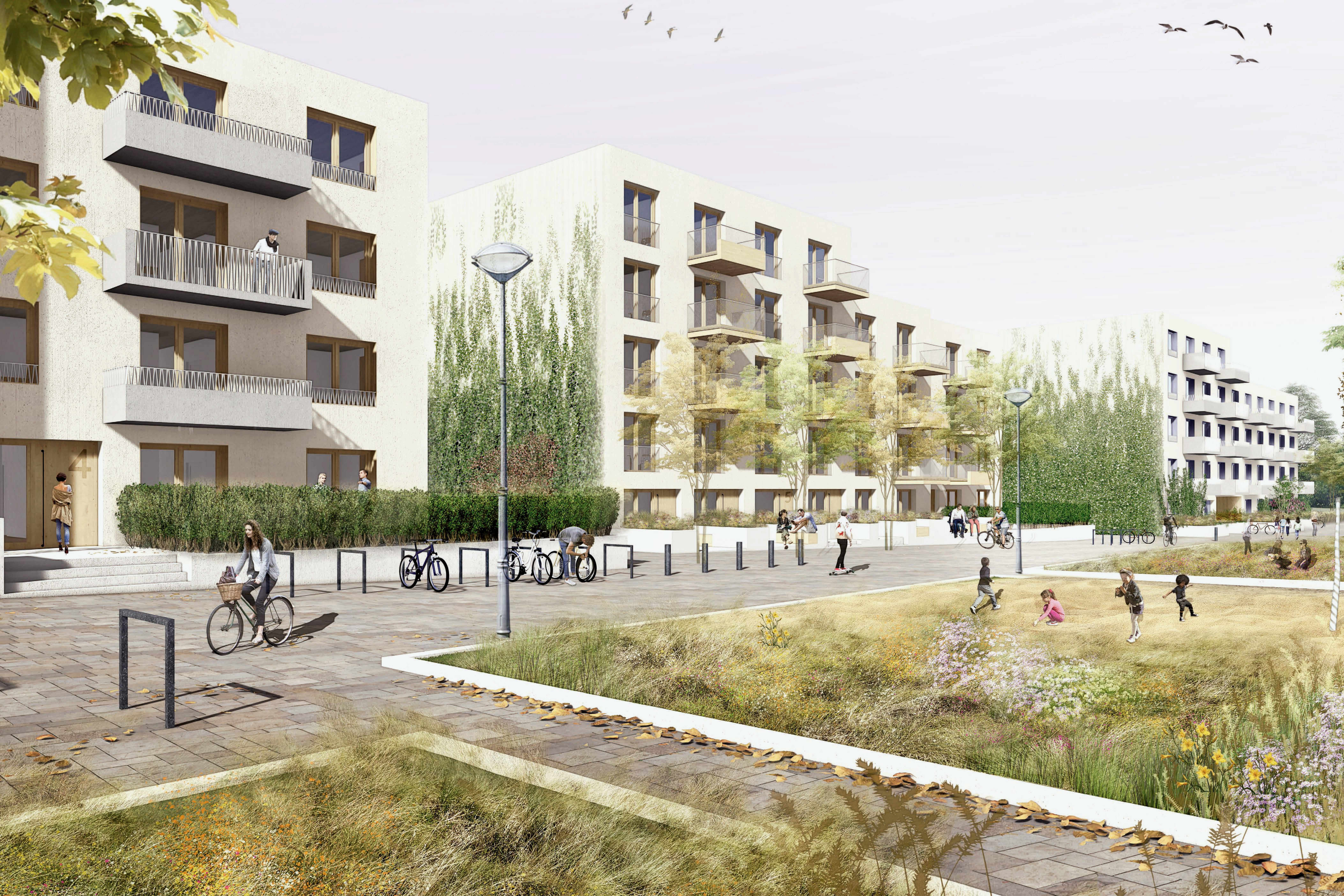 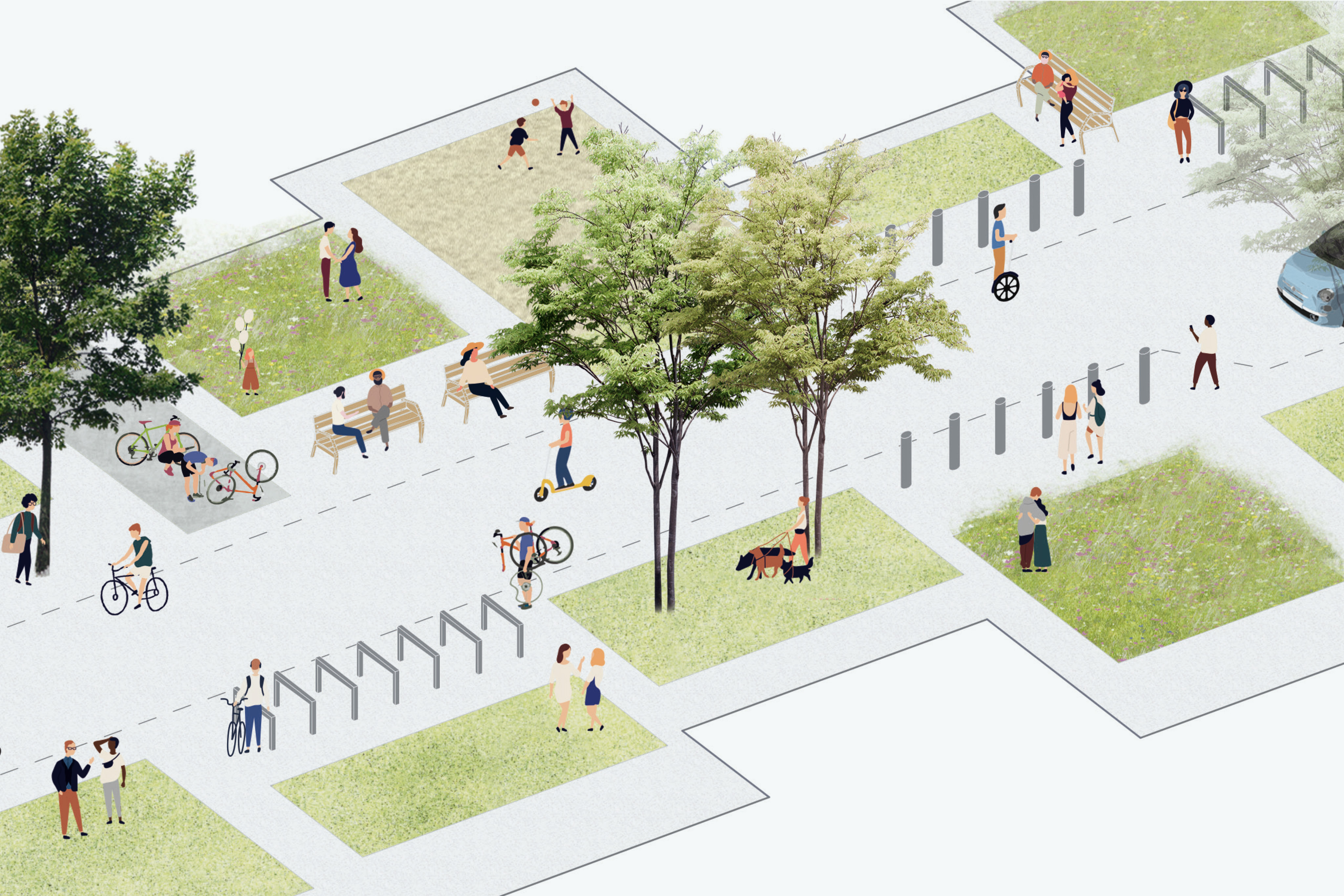 The landscape is connected!

The Westhagen site features an impressive landscape. The development of the two corridors of open space flanking the district along the Dresden ring and Frankfurter Strasse, and the objective formulated in the revised urban design of establishing boardwalk-like areas to complete the connections of these spaces to the largest possible central market square, are considered correct and important aspects of the project and will be elaborated in greater detail as an optional proposal. Likewise, the footprints, volumes and positions are deliberately retained and only slightly altered to comply with the position of the supply lines.

TENANT GARDENS AND TERRACES AS A FACE FOR THE CITY

The ground floors are encircled by private tenant areas for the residents, in line with the stance taken by urban design and the need to maintain a social and private distance to publicly accessible spaces. But a concept for tenant terraces to be implemented mainly in the common areas of the houses and the stone sides of the buildings has been proposed with the aim of increasing spatial diversity and housing quality beyond the traditional enclosed tenant garden.

– Hybrid construction: fast, quiet and modular Based on a modular construction concept, the building features a distinctive grid structure and rooms for non-specific use. This will result in a flexible, robust building structure, allowing the rooms to be adapted to different uses over the long term. The hybrid construction uses an optimal combination of wood and reinforced concrete. One of the key principles here is rapid construction, which minimises the impact of the building site on the residents in the existing quarters and ensures a concise implementation of the project. Most of the buildings will be constructed without basements. There are storage areas on each floor as a replacement for the basement rooms or inside the apartments.